In the period from 19th September until 11th October, in order to continue with the initiative of the Refuges of Taste, the refuge will offer a traditional dish ofour mountains; the menu will also be entirely suitable for celiac and will be accompanied by wines from Bellaveder of Faedo (TN).

Reservations only for groups of 10 people.

Possibility to serve the main dish also for dinner.

This site uses Akismet to reduce spam. Learn how your comment data is processed. 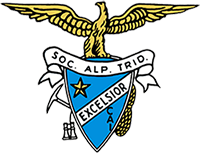